Brand new main room Acid stomper from Lee Coombs. We been itching to get this into your hands for a while now. Quite simply it’s a Monster Acid track aimed squarely at peak time. Preferably in a dark space with huge speakers…

Ways and Means “F**k YEAAA LOVE it! Thanks, defo play!”

This months mix is packed full of Main Room Electro Belters. The kind of tracks that i would play when i’m headlining a main room or on a big festival stage. These tracks are tried and tested all over the world with huge results. I hope you enjoy listening to this mix as much as i have making it 🙂

“Great to hear these jems again” Crystal Method
“I always liked a bit of Tribal Tension” Plump DJs
“Classics everybody should own and now they sound like brand new releases again!”

A retrospective look at some of Lee Coombs and Thrusts finest moments from as far back as 1997, including the underground Breaks Classic Thrust 1 (the 1st Thrust release). These are some of the tracks that have defined a generation of Tech Funk Clubbers and DJs alike and is also the reason Lee Coombs has gone on to consistently write groundbreaking artist albums and remix some of the biggest acts in the World. These tunes have been hammered with huge results in every great Club across the planet by the Residents who know and love their crowds along with the International Superstar DJ’s that drop in every week.

Not happy with the production techniques of yesterday Lee has painstakingly remixed; re mastered (by Uberzone) or made completely new versions of these Classic tracks making them sound as fresh as when they were first released. Thrust 1 and Thrust 2 have never been available as digital downloads and have been long since deleted as vinyl releases, also there is a brand new version of The Lee Coombs and The Drumattic Twins Remix of Thrust 1 which is currently blowing up Lee’s Dance Floors. Killer underground tunes from D Ramirez, Meat Katie and Paranoid Jack have all been re mastered and there are brand new and fully unreleased tracks by Oscar Goldman (of Thrust 2 fame) and Lee Coombs with the unreleased bomb Thrust 4.
Tracklisting –
1. Lee Coombs – Thrust One (Remastered)
2. Lee Coombs and The Drumattic Twins – Tribal Tension (Remastered)
3. Meat Katie and Justin Drake – I’m still here (Remastered)
4. Oscar Goldman – Thrust 2 – Lee Coombs Remix (2012 re edit and Remastered)
5. Lee Coombs – Rollin (Remastered)
6. Burnz Brothers – Machine (Remastered)
7. D Ramirez ft Steve Edwards – Testify (Remastered)
8. Paranoid Jack – Bring back the jack (Remastered)
9. Oscar Goldman – Modulator (Previously unreleased track)
10. Lee Coombs – Thrust 4 (Unreleased and New Remix)
11. Thrust Retrospective Vol 1 Continuous DJ mix by Lee Coombs
Click here to listen and buy – http://thrustrecordings.bandcamp.com 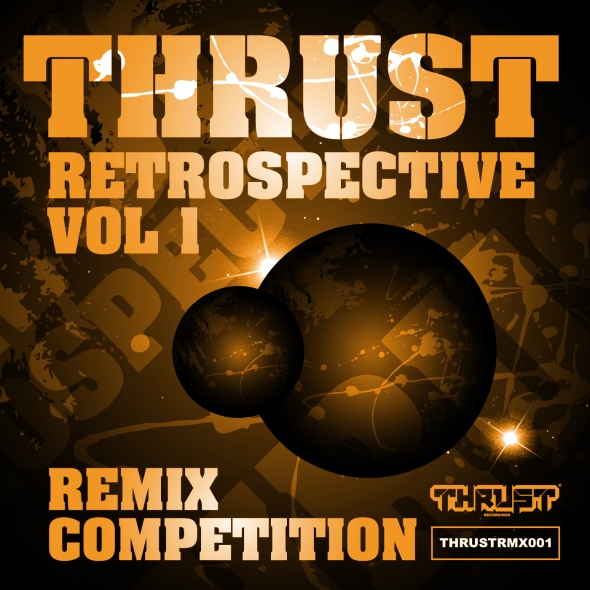 Welcome to the Thrust Recordings Remix competition. As a celebration of the forthcoming releaseThrust Retrospective Vol 1 mixed by Lee Coombs we are remixing one of Thrust’s most classic releases, Lee Coombs and the DrumAttic Twins – Tribal Tension. Now we’re giving you the chance to make your own version. You have total freedom on what to do, but obviously if we are to release the track it must be relevant to our style and sound. Good luck and we can’t wait to see what you come up with!

Prizes – We have hooked up with Sample Station, producers of fine quality Sample Packs and have some awesome prizes.

1st Place – The winner will receive their choice of Five Sample Packs from Sample Station and Fourof the latest Lee Coombs Sample Packs and be added to the Thrust Promo list forever! The winning mix will be released on Thrust Recordings.

2nd Place – Will receive their choice of Three Sample Packs from Sample Station, Two of the latest Lee Coombs Sample Packs and be added to the Thrust Promo list for 1 year.

3rd Place – Will receive their choice of Two Sample Packs from Sample Station, One of the latest Lee Coombs Sample packs and be added to the Thrust Promo list for 1 year.

The winning remix will be part of the forthcoming Thrust Retrospective Remixes release and available at all stores such as Beatport and iTunes. The competition closes on June 30th 2012 so you have plenty of time.

Please don’t post your entries on Facebook, Soundcloud  etc until the competition closes or we won’t be able to use your entry.

We have just uploaded our recent catalogue to our lovely new online shop, and as a special bonus every track in the back catalogue is only $1.00! That’s cheaper that anywhere else in the world! Also it’s especially good if your from Europe as you will benefit from the exchange rate. Go get your Thrust goodies right here – http://thrustrecordings.bandcamp.com

The Freakazoids – Freakazoid Experiments / What is a DJ 2012 Vinyl and Digital OUT NOW!

We have a super limited edition Vinyl release of The Freakazoids – Freakazoid Experiments / What is a DJ 2012 for the USA. It includes the FULL digital release and Mitchy Bwoy artwork for only $10. We are selling these directly from our own shop which is why we can sell for only $10! Please don’t feel left out if you live in other parts of the world as the vinyl is available at all good stores. This Limited edition of 50 was created because we felt that it was too expensive for people in the US to buy the vinyl from Europe. The full digital release is also available worldwide here for only $6…Buy here – http://thrustrecordings.bandcamp.com/

The Freakazoids New Single inc DJ Tools is OUT NOW on Beatport!!

All other stores and Vinyl will be released on 20th Feb 2012. More info to follow.

The legendary ‘Freakazoids’ return to the 808 to bring back their own slice of Electro Funk. ‘The Freakazoids’ is the Brainchild of Lee Coombs, Nick Slater and Lanx (later two both of Shades of Rhythm fame) who came together through their love of Old Skool Electro Funk and Hip Hop and released a string of underground records in the late Nineties. After a ten year break and working on other projects the boys have decided to collaborate again and bring back the Funk.

Check out The Freakazoids web page here and download our DJ mix – www.thefreakazoids.com 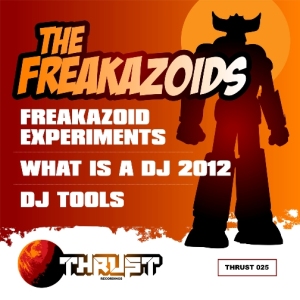 The Freakazoids are coming in 2012

The Freakazoids press release : The legendary ‘Freakazoids’ return to the 808 to bring back their own slice of Electro Funk. ‘The Freakazoids’ is the Brainchild of Lee Coombs, Nick Slater and Lanx (later two both of Shades of Rhythm fame) who came together through their love of Old Skool Electro Funk and Hip Hop and released a string of underground records in the late Nineties. After a ten year break and working on other projects the boys have decided to collaborate again and bring back the Funk. The new single will be released on Thrust Recordings mid Jan 2012.

To celebrate the launch of this new website we are giving away the next Lee Coombs single absolutely FREE!

Listen to the tracks here – http://soundcloud.com/analogdelayed/sets/thrust-024-lee-coombs/

Lee Coombs Get up off E.P. Out Now on Thrust!